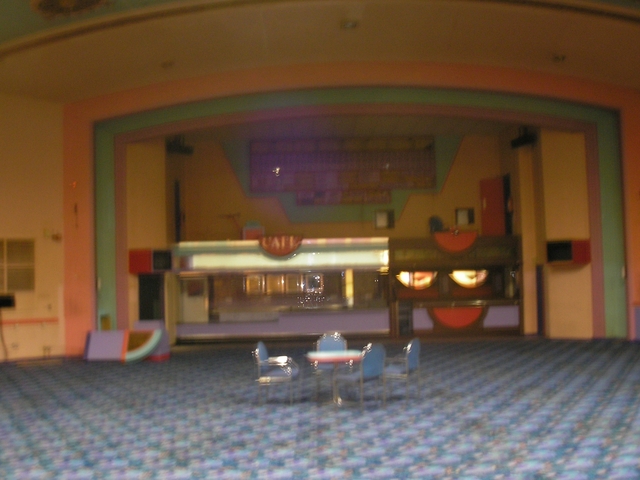 The Regent Theatre was built by Gaumont British Theatres/Provincial Cinematograph Theatres(PCT) and Albany Ward. It opened on 16th September 1929. Seating was on a stadium plan, with a raised section at the rear, rather than a conventional balcony. The Regent Theatre was equipped with a Compton 2Manual/6Rank organ which was opened by Compton’s own employees J.I. Taylor and W. Raymond. The cinema had a 42 feet wide proscenium.

The Regent Theatre was re-named Gaumont Theatre from 1952 and it was re-named Odeon from 2nd June 1963. The Odeon was closed by the Rank Organisation on 24th August 1974 with Walt Disney’s "Robin Hood" and "Wild Geese Calling".

From November 1974 it was converted into a Top Rank Bingo Club, in later years becoming a Mecca Bingo Club. The Mecca Bingo Club closed suddenly on 10th April 2008, the building having been purchased by Swindon Borough Council for possible re-generation of the area. It was re-opened on 11th December 2010 as the M.E.C.A.(Music Entertainment Cultural Arena).