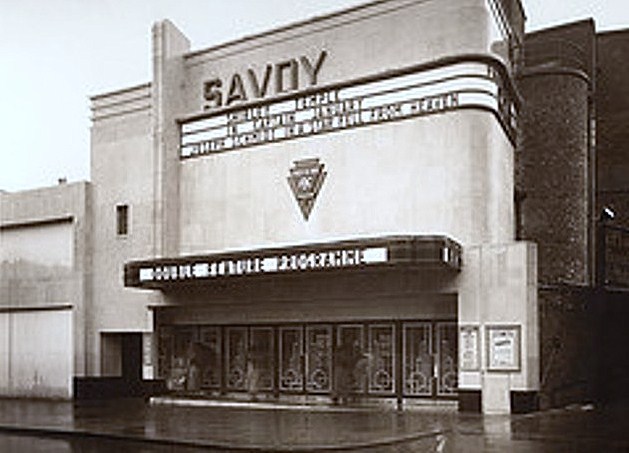 The Savoy Cinema was opened on 1st March 1937, and was built for and operated by Associated British Cinemas(ABC). It was designed by their in-house architect William R. Glen. Seating was provided for 1,130 in the stalls and 640 in the circle.

It was re-named ABC in late-1960. Between April and July 1973, the ABC was closed for conversion into a triple-screen cinema with 608 seats in the former circle, and two screens each seating 148 in the former front stalls. The rear stalls was converted into a Painted Wagon pub.

In 1986, it was taken over by the Cannon Group and re-named Cannon. The Cannon was closed due to a new MGM 7-screen multiplex opening in the town. The final films at the Cannon were “Three Men and a Little Lady”, “Green Card” and “Godfather III” on 26th March 1991.

The building lay empty and unused until it was purchased by the J.D. Wetherspoon chain of pubs, and was refurbished and re-opened as ‘The Savoy’ on 16th February 1996.

The last films I went to see there were in 1989 but I still go to Wetherspoons occasionally.