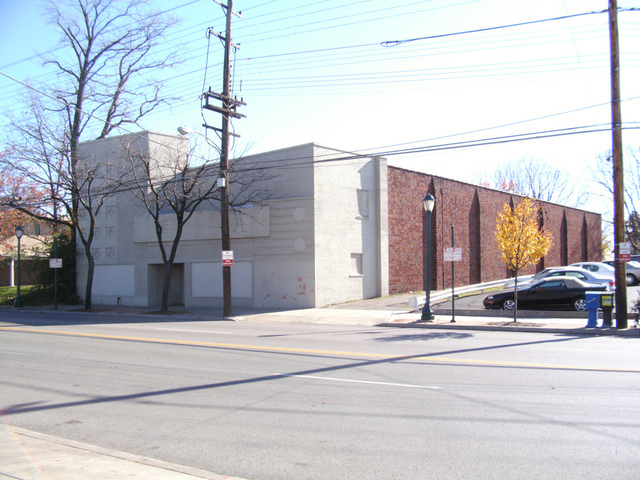 This house was designed and built by the theater division of F&Y Construction, later known as F&Y Building Services. Boxoffice Magazine of November 9, 1940, reported that construction had begun, and the theater was expected to open by March 1, 1941.

F&Y Construction used Fred W. Stritzel for this cinema he was out of their Columbus office.

I grew up in Pleasant Ridge and remember the building, but don’t remember it ever being open in my memory.

I am with a local community theater group that is very interested in the Ridge Theater – does anyone know who currently owns the property? It is such a shame to see it all closed up.

Dann Woellert’s book The Authentic History of Cincinnati Chili (History Press, 2013) has a great contemporary photo (street view with marquee) of the Ridge theater (maybe 1940s)on p. 165. However, if 1941 to 1961 is the correct period of operation for the theater, then Pleasant Ridge Chili (founded 1964) was never next door. But there were probably other places to eat nearby. I wonder how important walking distance access (i.e., “walkability”) was to the success of one-screen second-run neighborhood houses like the Ridge. Later on, convenient parking space became the mantra for suburban theater success.