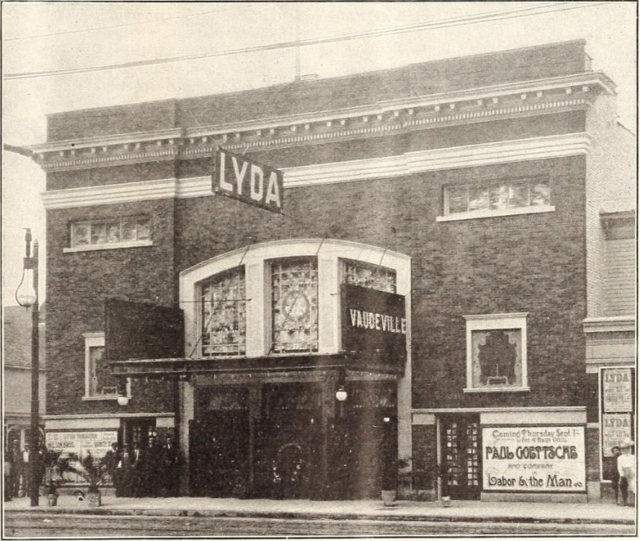 The Lyda was built in 1910 by Bert Schrieber. It remained in operation through about 1928. In 1932, it was remodeled into a grocery by architect R. Bernard Kurzon. It was demolished in 1977. (source: Chicago Tribune, Schiecke)

Benjamin Sacks of the Lakeside Fish and Oyster Company, one of the largest wholesale firms in the country, is remodeling the Lyda Theater property, 315 North Cicero Avenue, which he owns, into a modern food market. The general contract has been awarded to J. Taff & Co. R. Bernard Kurzon is architect. Work is under way, with the expectation of having it open around April 15.

The 925 seat playhouse has been dismantled and the entire building is being remodeled. A new front is to be built. Concessions will be leased for the sale of groceries, fruits, vegetables, fish, bakery goods, etc. There will be a delicatessen and soda fountain. The building occupies a site 60x100 feet. Renting and management will be handled by Mr. Sacks. He states he plans to erect other markets in various locations.