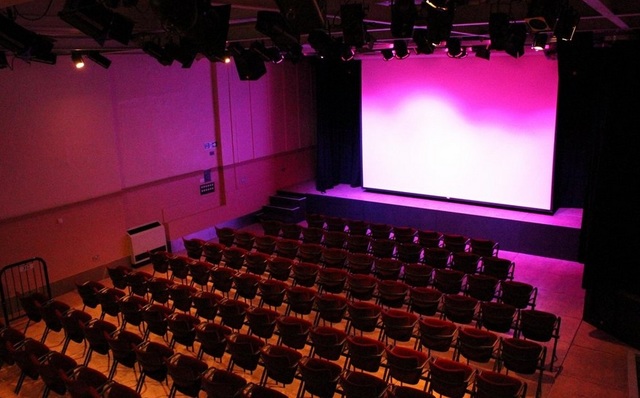 The New Theatre was opened on 28th February 1828 with ‘The Belle’s Stratagem’ and was operated by the Fisher circuit of playhouses. In 1844 it was converted into a corn exchange.

Later it was used as a furniture store, a laundry, and by 1937 the New Theatre was a cinema with 300 seats. It has a 15 feet deep stage. The cinema was still listed as the New Theatre in 1944. It was closed soon after, as a new Mayfair Cinema had opened across the street in 1937, and the building became a textile store.

It was brought back to life as a live theatre when the Bungay Arts and Theatre Society purchased the New Theatre in January 2001. It was re-named Fisher Theatre and re-opened on 4th April 2003 with a production of the Arthur Miller play ‘All My Sons’. In 2004 Lottery funding was secured to fully restore the building and a short season of films was shown.

The Fisher Theatre is designated a Grade II Listed building by English Heritage.