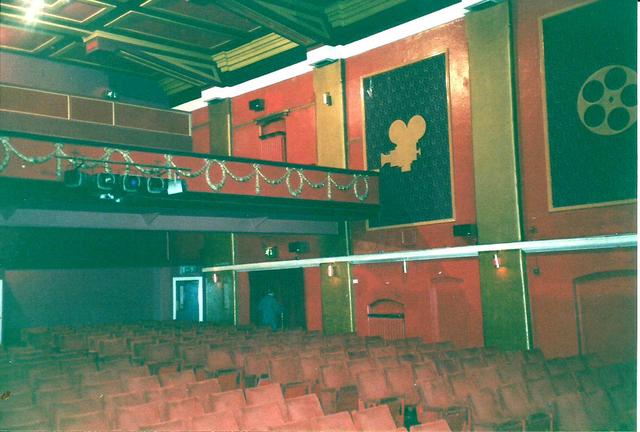 Located in Stalybridge, Cheshire. The Empire Picture Palace was opened on 17th July 1913 with seating for 750. It soon was re-named Palace Cinema. The frontage has some Neo-Classical style touches with recessed windows above the main entrance being flanked by two Greek/Classical pillars. The auditorium was quite plain.

It became part of the H.D. Moorehouse Circuit, and they operated the Palace Cinema into the 1960’s. Taken over by an independent operator the Palace Cinema closed on 26th August 2003 with “American Pie-The Wedding”. It was converted into a nightclub in December 2004 and was closed in December 2012 due to its licence being revoked.

This is a fanatastic cinema, the first time i went to this cinema i just stared at the decco! Its brilliant!
Please keep it running forever!!!

It opened on 17th July 1913 and had an original seating capacity of 750. It had operated continuously (apart from a short break when Cinemascope was installed) for just over 90 years.

Plans were being proposed to re-open it as a bar/nightclub.

Taken over by John Downs in the 1980s. It was his company Cosmo Leisure that converted it into a bar/nightclub opening in December 2004. A series of incidents led to its licence being revoked and it closed suddenly in December 2012.

The Palace is featured in an episode of the 1980s childrens' TV series Jossy’s Giants, screenshot in photo section.