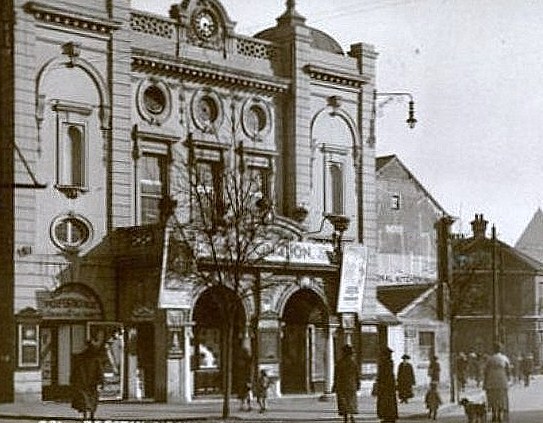 First opened by the mayor of Brighton on 22nd September 1910.

Since 1995, the Duke of York’s Picture House has been owned by City Screen/Picturehouse Cinemas who have renovated the building. It screens a mixture of first run, classic, and art-house films.

The Duke of York’s is a Grade II Listed building.

Two photos of the (somewhat seedy) auditorium in 1988. It has been refurbished significantly since then!

Here is a link to a page showing a small vintage photograph and a potted history:
View link

A fabulous cinema with an eclectic programming mix of mainstream and arthouse movies.The balcony has comfy sofas and there is a small but well stocked cafe bar with terrace at first floore level.Plans for the future include expansion into a former fire station next door to add more screens and cafe/bar

Here is a 1986 photo showing a rather run-down looking cinema:–

I can remember going to this cinema as a kid during the summer holidays as it was cheap to get in about a 1- (5p). I remember you could hear the fire engines next door when they where called out to a fire etc. It was called the flea pit by some, I recall one afternoon seeing a rat running about the stalls and a woman screaming about it. I am amazed that it it still a working cinema as all the other cinemas from that time have been closed and have been or are about to be demolished.

The Duke of York’s Picture House, once a year shows the Eurovision Song Contest live on the big screen.

Some contemporary images (taken January 2017) here, showing a stark contrast to the run down state of the building in my earlier 1980’s photos:–

Link to the video on Facebook showing the external restoration of the cinema https://www.facebook.com/DukeofYorks/videos/555698904986830/