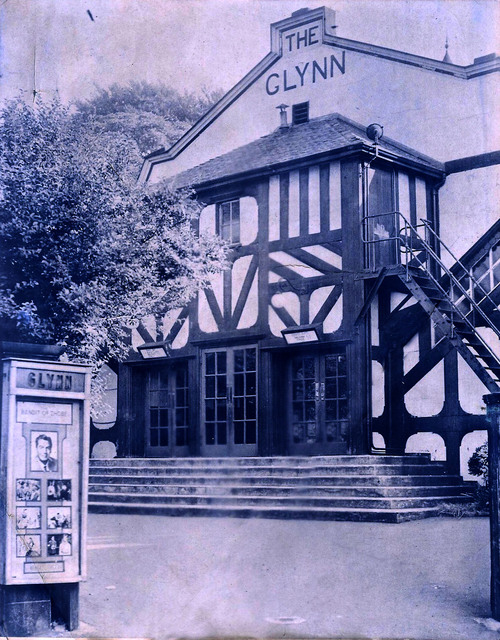 Built next to the Carnegie Library, the Glynn Cinema was a ‘temporary’ cinema building which opened on 23rd September 1910. Reputed to be the first purpose-built cinema in North Wales, it was a half-timbered building in a Tudor Revival style on the exterior. Seating in the auditorium was in stalls and circle levels.

By the early-1930’s it was operated by the Bootle based George Prince Circuit. It was located on land taken on a 50 years lease from the council. By 1959, the lease was about to expire and due to falling business at the time, it was decided not to renew it. The Glynn Cinema closed on 4th November 1960 with Steve Reeves in "Hercules Unchained". The 50 years old ‘temporary’ building was later demolished and the site was used as a car park.

That is a great picture find