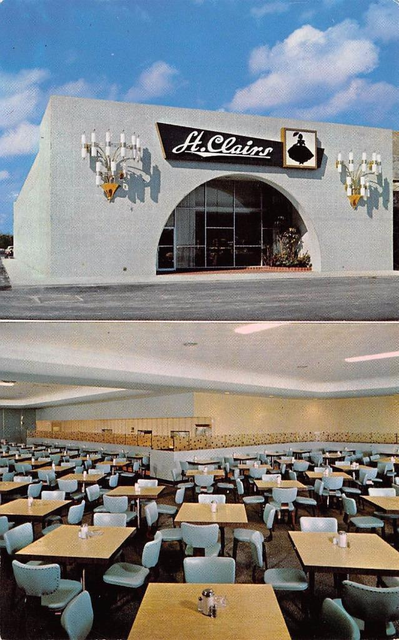 The Biscayne Twin was a pretty short-lived theatre, I recall. It was located close to NE 127th Street. It was opened on June 13, 1980 with Julie Andrews in “Mary Poppins” & Meat Loaf in “Roadie”. I don’t have much memory of it, other than I saw a re-release of “Song of the South” there. Closed in the early-1980’s and became a Kauffman and Roberts appliance store.

The Biscayne Twin operated in 1980-1981 as a first run location. I remember seeing a weird little movie called “HAPPY BIRTHDAY,GEMINI” which starred Madeline Kahn and Rita Moreno and had its exclusive Miami run here.

I also remember The theatre failed to provide the advance required for “FLASH GORDON”, their Christmas 1980 film, and Universal did not deliver their print.

The theater was built inside the building that once housed a Polly Davis/St. Clair’s/David’s cafeteria. It later was Kaufman and Roberts. Kaufman and Roberts were a clone of the popular “Kennedy and Cohen” appliance stores – and used a similar marketing strategy of one Jewish and one Irish name as supposed “partners”.

When that firm went under, a gym opened up inside the building.

Prior to the theater, an Italian restaurant called “The Spaghetti Bowl” was planned, but never opened.

This theater did eventually get its print of “Flash Gordon” I saw it there repeatedly and this location was not a bad venue for a bargain house albeit a very short lived one.