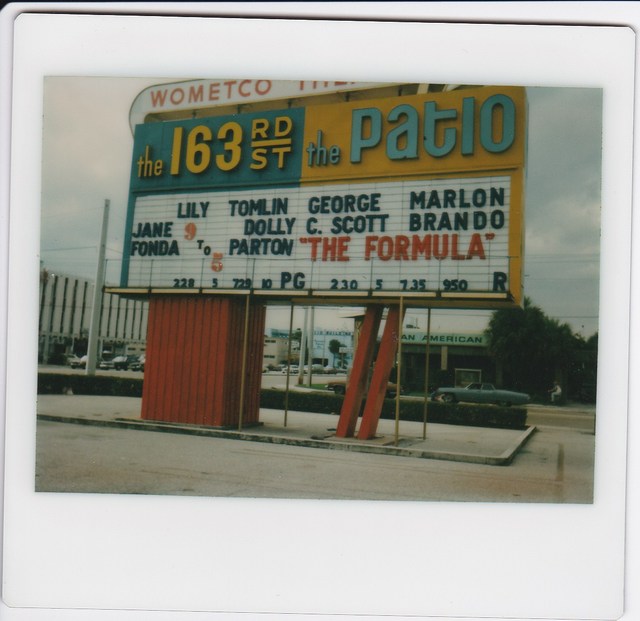 The twin-screen, 1,200 seat, 163rd Street Theatre was opened on September 28, 1960 with Bing Crosby in “High Time”. It was run in conjunction with the 163rd Street Shopping Center. For years it was a busy first run house with a terrazzo lobby in a serpentine pattern, translucent fiberglass walls in the lobby with colored lights behind. It was part of the Wometco (Wolfson Meyers Theatre Company) from it’s inception.

As the suburban neighborhood changed from well heeled Jewish retirees to working class West Indian, attendance dropped off and it was closed in April 1994. It was soon demolished. I was an usher there in the 1970’s and my brother before me in the 1960’s.

The 163rd St. was a single screen until it twinned around 1983. Yes, The Patio screen was completely separate. It had 850 seats. both sides had 70mm capability. In fact, during the end of RETURN OF THE JEDI’s run, an attempt was made to run the 70mm print in one of the now 300 seat sides, since the projector had been left upstairs during the twinning. It…did not go well. We would often get 70mm exclusives before the other theaters.

I Just posted a Photo of Wometco’s 163 rd Street and Patio Theatres. I Did This Marquee in 1980 for their Holiday Attractions.

“The Graduate” opened here fifty years ago today. The film went on to play a successful four months while playing concurrent in a few other area venues. And to commemorate the classic film’s golden anniversary, here’s a new retrospective article which includes some exhibition history (and other) details.

So, Linda Gray actually did the poster?

Grand opening ad and an ad from Loew’s 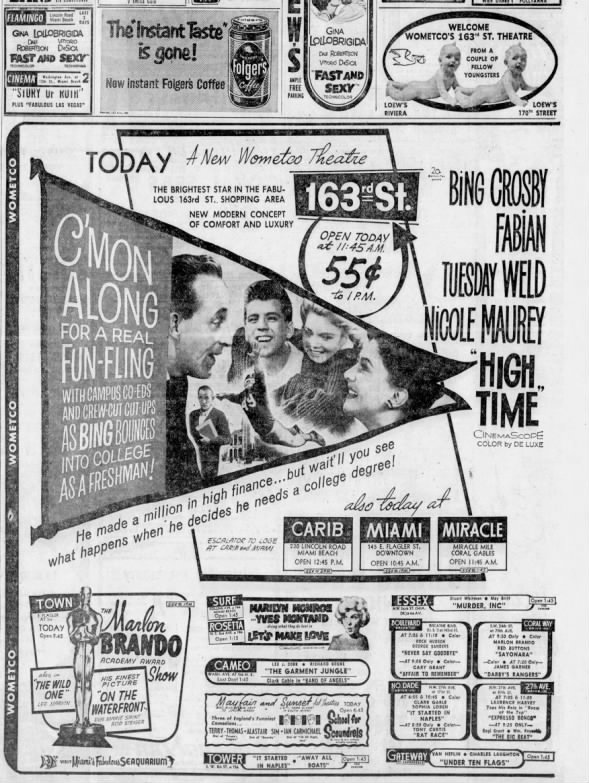 This theatre was split into two screens and the Patio theatre became cinema no. 3 on July 3rd, 1981. Grand opening ad posted.