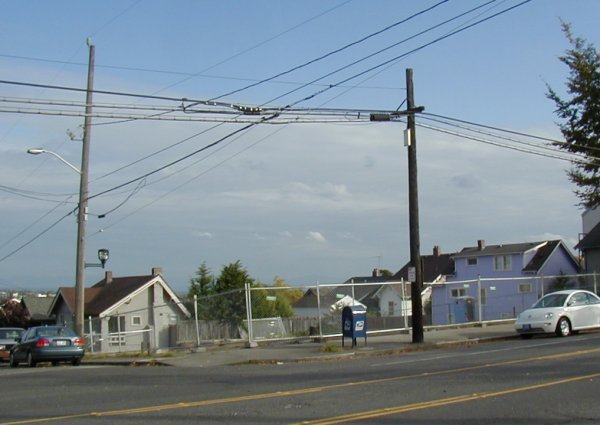 Opened in late-1920 or early-1921 as the Ridgemont Theatre. It was later one of the first art houses in Seattle.

Bruen, the name on the 1930 photo, also ran the 45th Street in Wallingford.

The Ridgemont property is now an apartment/retail complex, but it retains the theater name. I saw my first subtitled movie at the Ridgemont in 1957 (and also my first nude female — Brigitte Bardot!)
It kicked off the era of arthouses in Seattle, although the Varsity and the Uptown showed occasional imports but mostly from Britain. It had a stepped floor with narrow rows so leg room was terrible and there was no way to improve it without redoing the whole floor. It had a small screen that did not handle scope movies very well.

Is 63 weeks really the length-of-run record for a Seattle theatre?

A loss to Seattle was the destruction of this attractive old theatre in a great area. Could have lived on for years as a stage venue. Just add a stage and take off the bad front fake walls. An eyesore for years.

The Ridgemont had a small rather boxed in screen and a simple decor but it was historic in many ways. In the 20’s it was originally a first and second run general film format and in the 50’s and 60’s became an art house. Some of the more important foreign films of all time played there. Then there was I AM CURIOUS YELLOW. And then BLUE. All controversy. This place could have been made a classy stage theatre or if brought up to date a successful first run theatre. Great area for that .

“New Seattle House (Special to WID’S DAILY) Seattle— ‘The Ridgemount,’ H. W. Bruen’s new residential district theater at 78th St. and Greenwood, was opened recently. This house is equipped with loges and the best in furniture, music and projection equipment.”

This web page from PSTOS has quite a bit of information about the Ridgemont, as well as a few photos, and notes its use in the late 1990s for rehearsals and scenery construction by the Bathhouse Theatre company.

The Ridgemont was never called the Bathhouse Playhouse. The Bathhouse Theatre group was founded in 1970, and the company’s performances took place in the former bathhouse in Green Lake Park.

After the Ridgemont closed, it was leased for a while in the late 1990s by the Bathhouse group, but only for use as a rehearsal space and as a workshop for building sets. When the Bathhouse group folded in 1999, the Ridgemont Theatre became vacant again and remained so until it was demolished in 2001. The Bathhouse in Green Lake Park was taken over by Seattle Public Theatre in 2000, and continues to operate as a playhouse.