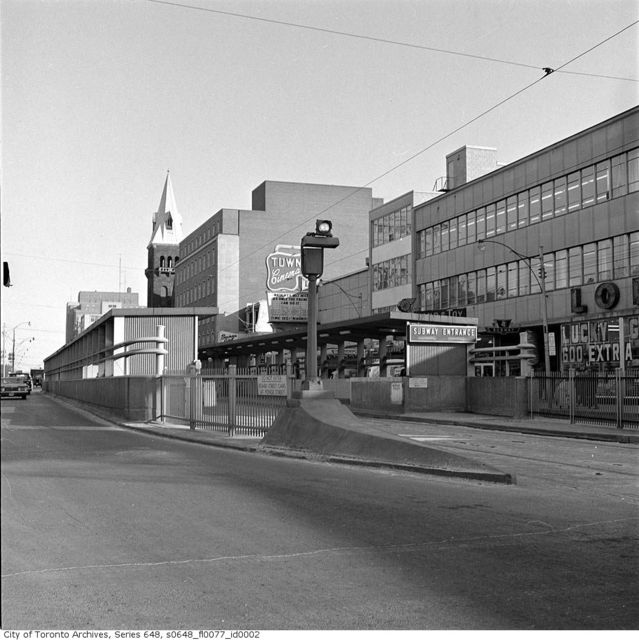 Opened on April 25, 1949, the Towne Cinema closed in 1985. It was one of Toronto’s major art theatres and one of the early sites for the Toronto International Film Festival.

The Towne was owned and operated by the 20th Century Theatres chain. The theatre booked first-run art house fare such as: Yesterday Today and Tomorrow, Gigi, The Sky Above and the Mud Below, David and Lisa, etc. It was located right next to a subway stop in the middle of downtown Toronto and was very popular with discerning moviegoers. Unfortunately, the screen was a bit too small for the size of the auditorium which gave one the illusion of looking down a long dark tunnel. Especially if you got stuck sitting in the balcony which was located above the lobby far from the screen.

A link to a photo from the Toronto archives.