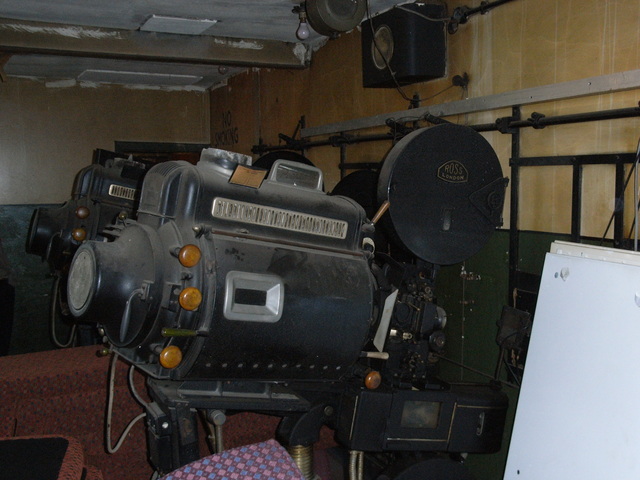 The Clifton Cinema opened on 17th November 1937 with John Laurie in "Edge of the World". It had 1,150 seats in stalls and single balcony, and a large cafe / ballroom above the entrance foyer. It was equipped with a Compton 2Manual electronic organ.

It closed on 17th October 1964 with "Valley of the Eagle" and was immediately converted into a bingo hall.

The Clifton Cinema is unusual in that it is still owned and operated by the original family who had the cinema built, and it is kept in immaculate condition.

The Clifton and Rialto cinemas in York were once owned and run by Jack Prendergast, father of film composer, John Barry.

I attended Archbishop Holgate’s Grammar School in York and in 1960 our annual speech day was held in the Clifton one afternoon. Only the cleaners' lights relieved the darkness in the auditorium. Our headmaster, Mr Frith, had recently taken over the post and the cinema’s bill at the time of our speech day was “Carry on Teacher” supported by “Not as a Stranger”, this gave our leader a wonderful starting point for his speech. Unfortunately, the Clifton, like its larger sister cinema the Rialto, had taken “continuous performance” rather too literally and the screen curtains at both venues would open at the beginning of the afternoon show and not be seen again until they closed before the National anthem at around 10.30 pm. Between the films, the house lights would come up briefly while ice cream, popcorn and hot dog adverts were screened but then it was on with the programme without the least theatrical touch to the presentation.

Clifton Picture House (York) Ltd was registered in 1936 to acquire property at Town Street, Clifton, from Jack Prendergast for the purpose of erecting a kinematograph theatre. He and William Tomlinson Mawson (a corporate accountant) were named as directors. It was opened in November 1937 by the Clifton Cinema Company Ltd, with Jack Prendergast “in control”. Percy Bedford was the manager, R M Morsley the assistant manager and Mawson the company chairman. Prendergast and Mawson were both listed as proprietors in 1944. It closed as a cinema in October 1964, reopening as the Clifton Bingo Club. Jack Prendergast’s son, Patrick (Lancaster 1924-1985 Grimston, York), a “trainee cinema operator” in 1939, became manager, while his own son, Jonathan, managed the adjacent Clifton Club. Now known as Clifton Bingo and owned by Clifton Bingo Club Ltd, whose directors are Jonathan and his brother, Jeremy.