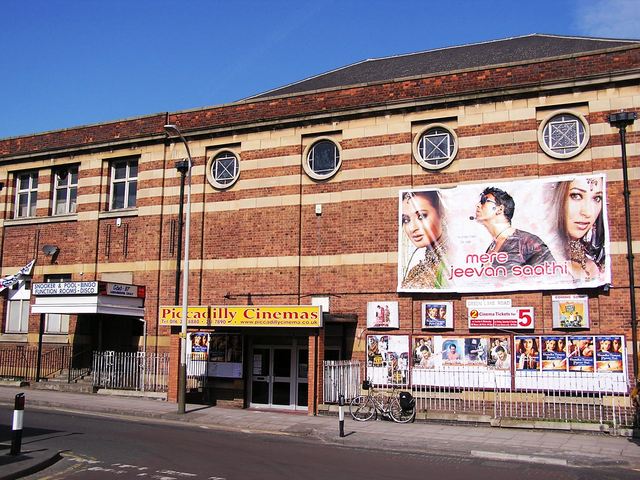 The Piccadilly Cinema opened in 2000 as a twin screen cinema seating 500. It is housed in the former North Evington Working Mens Club & Institute building which probably dates from the 1910’s and is located on the corner of Green Lane Road and Mornington Street in the Spinney Hills district to the east of the city centre.

In recent years a third screen has been added and the seating capacities in the screens are now for 440, 120 and 80. All screens play the latest blockbuster Bollywood films