Fergus Falls Center for the Arts 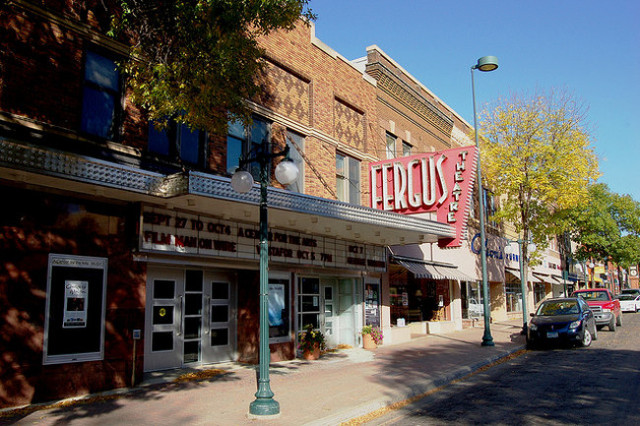 Opened on December 29, 1921 as the Orpheum Theatre, this 445-seat theatre was, for its first couple of decades of existence, a vaudeville house, but in the early-1950’s, was converted into a movie theatre.

It was renamed the Fergus Theater, and remained in business for another twenty years.

By the early-1970’s, it closed and remained so until 1982, when it was remodeled for use as a performing arts center. It was in operation only during the warm weather months for its first decade, but in 1993, a $1 million renovation upgraded the Fergus Theatre’s facilities for use year-round.

Known today as A Center for the Arts, the theatre hosts not only concerts, dance and drama performances, but screens films as well and holds summer art classes for children.

Here is a photo being advertised on eBay:
http://tinyurl.com/36encm

Here is a photo from a myspace page:
http://tinyurl.com/c2wzjr

It is likely that the Orpheum was the theater project noted in the “Bids Desired” section of Engineering News-Record on March 25, 1920: