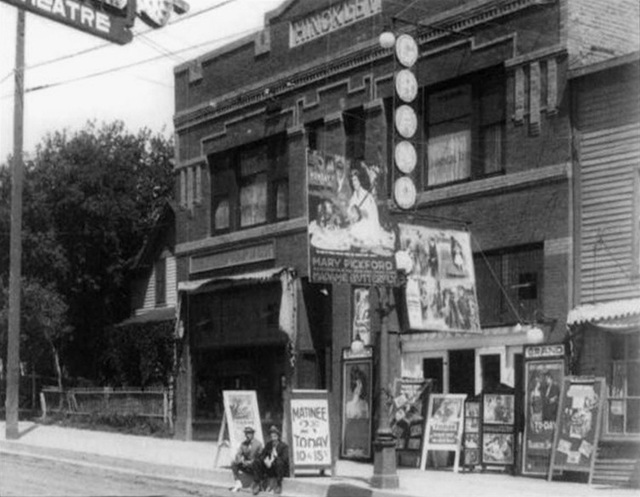 Did you see the “Hinckley” plate at the top of the building? I would imagine that this building pre-existed the theater. That early they were probably weren’t building too many houses just for film exhibition. Weren’t they mostly storefronts around then?

it was originally located on the east side of fourth between Broadway & Thayer. The building was built in 1915 including the theater which shared the building with a photo studio next door and the Elks Lodge upstairs. The theater was closed sometime before 1927 aand was later taken over by a furniture store. That whole side of the block was leveled for a federal complex in the 1970’s.

The Grand theatre opened on October 6th, 1913. It reopened as the Rialto theatre on December 16th, 1921. Grand opening ads in the photo section.