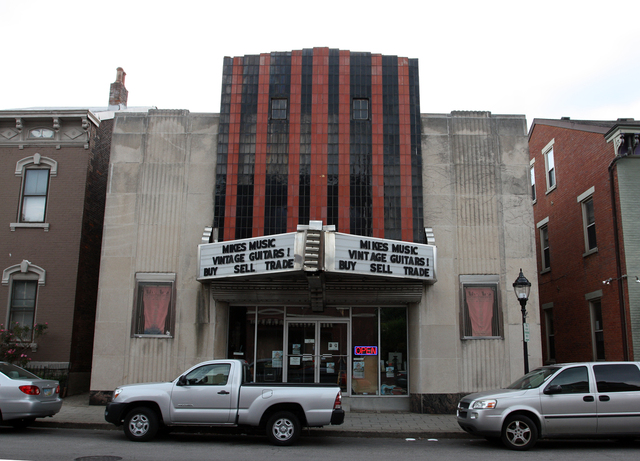 The former Family Theater is now a music store.

Look carefully this maybe one of our ONLY automobile deco cinemas.More later.

Hank, when will you be ready to fill us in on the Auto-Deco teaser?

My mother and father had two dollars left after they got married and so took their honeymoon at the Family Theater in 1941. So after the War, they were regular patrons of that theater until I wore them out at age 3 by constantly wanting to go to the bathroom and by wanting to crawl up on the ledge that ran along the walls. The last movie that I can remember that we went to was a movie starring Edward G. Robinson who was playing a cattle baron in a western. I do remember the title of the movie because I was too busy trying to get up on the ledge to notice.