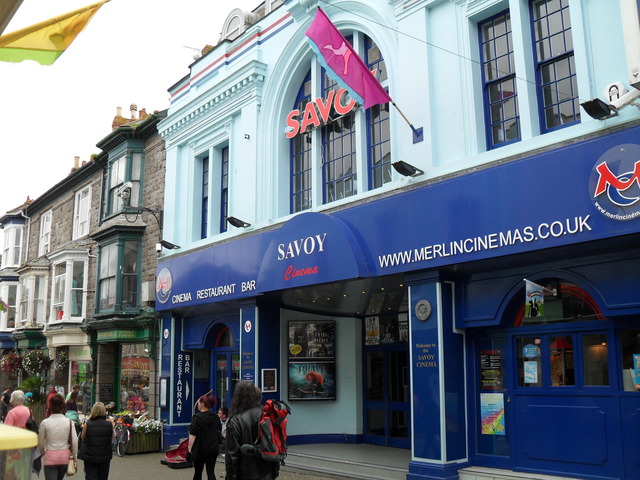 This early hall was converted in 1912 to the plans of Frederick Drewitt, into a full-time cinema, opening on 29th November 1912 as the Picture Theatre. Seating was provided for 480. It was described in the press as being ‘The handsomest Picture Palace in the country - outside the West End of London’. By 1919 it was operated by Penzance Cinemas Ltd. and in the 1920’s it was re-named The Cinema and was the first cinema in the town to install talking pictures.

In 1937, a new owner took over and it was re-named Savoy Cinema. It was taken over by the Jackson Withers circuit of Cardiff in 1942 and they were sold to the Rank Organisation in 1977. Rank sold it to the current operator Geoff Greaves; Merlin Cinemas on 1st June 1990.

The Savoy Cinema was closed on 4th September 2017 for a multi-million Pounds refurbishment which resulted in new seats and projection facilities for Screen 1, the existing Screens 2 & 3 being amalgamated to produce an enlarged Screen 2, and new Screens 3 & 4 constructed in adjacent space which used to be part of the old brewery (Champions Yard). Further phases of the redevelopment include the construction of flats and offices on the upper floors of the old brewery building, and a shop at the front of Champions Yard being altered to produce a new bar and restaurant for the cinema.