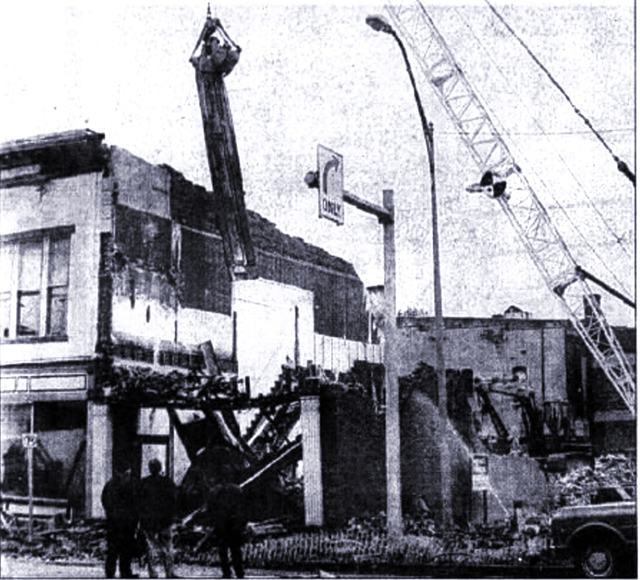 The Orpheum Theatre opened on East Main Street in 1911 likely on a twenty-year lease. John Meehan bought the house running it from 1914 to its end of lease in 1931. Meehan had converted the theater to RCA sound on film technology in 1930. He sold it to new owners who relaunched on November 1, 1931 as the Uptown Theatre with “Big Boy” and “Rich People.” The Uptown closed on November 30, 1952 after a showing of “The Miracle of Our Lady of Fatima.” It was converted to a piano store and demolished in 1992.