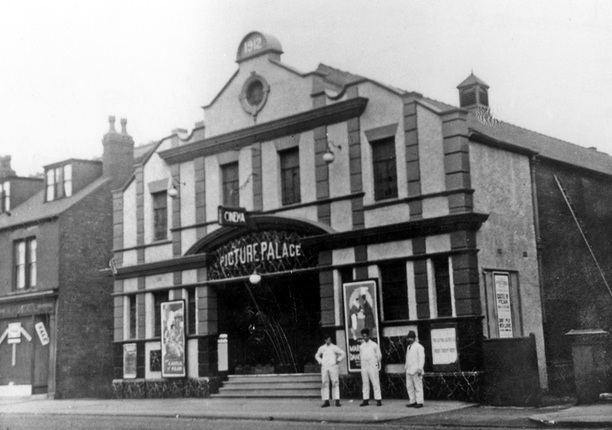 The Tinsley Picture Palace, located in the Tinsley district of Sheffield, opened on 16th November 1912 with “The Siege of Petersburg”. It had 600 seats, all on a single floor. In 1920 alterations were made to the façade, building it up from a single storey to three storey’s in height. In August 1926 a balcony seating 120 was constructed inside the auditorium.

It was independently operated throughout its life and was closed on 15th February 1958 with Ronald Shiner in “Dry Rot” & Anna Maria Alberghetti in “Duel at Apache Wells”.

Western Electric Sound was installed in April 1930, with cinemascope arriving at the Tinsley Picture Palace in March 1955 with Richard Burton & Jean Simmons in ‘The Robe’ being the first feature shown here in this format.The cinema never opened on Sundays and never succumbed to bingo, being a cinema all its life.