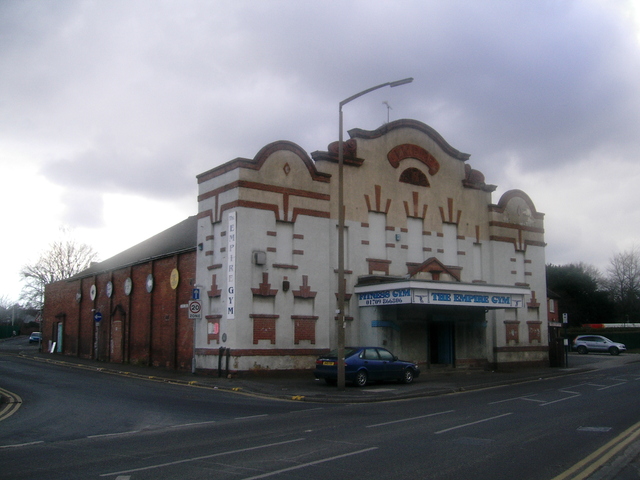 The Empire Palace Cinema, Denaby Main near Doncaster, stands in Doncaster Road at the junction of School Walk. The cinema should have opened on 3rd November 1913 but due to the licence not being granted, a crowd of over 2,000 people were turned away that evening. The manager had to go to Wakefield the following day to pick up the licence, returning to open the cinema on the evening of 4th November 1913 with King Baggot in “Ivanhoe”. Even then though the interior of the cinema was not completely decorated.

The facade is of brick and pebble-dash with a central entrance, a series of windows on ground and first floor and the name EMPIRE set into the brickwork at the top of the building over the entrance. Seating was provided for 1,200.

In 1931 sound was installed and it is thought that “Happy Days” was the first talkie film to be screened at the Empire Palace. By 1937, the seating capacity had been reduced to 850.

The Empire Palace Cinema served the people of Denaby Main as their only cinema for nearly fifty years until at the end of 1962 it ceased showing films and became the Lucky Strike Bingo Club.

Bingo continued until the early 1980’s. The building then lay empty for some time before being opened as a snooker hall. In the early 1990’s it was converted into a gymnasium and fitness centre and in 2008 is open as the Empire Body Building & Fitness Centre.

Opening night included “Ivanhoe” reputedly shot locally at at Conisborough Castle but IMDB states Chepstow in Wales. Perhaps a move to get the crowds in!