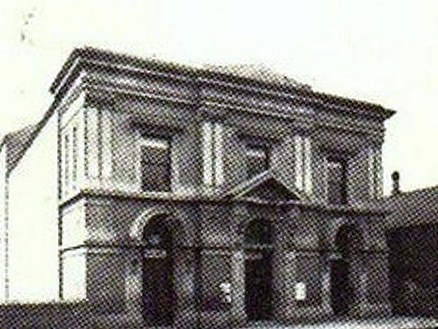 Located in Mexborough, South Yorkshire. The Prince of Wales Theatre was opened on 18th December 1893 with the dramatic play “Grelley’s Money” by Brinsley Sheridan. It had a stone and brick facade in an Italian style. Inside the auditorium, seating was provided in orchestra stalls, dress circle and balcony levels. The stage was 20 feet deep.

The Prince of Wales Theatre showed its first films on 25th December 1896, and again on 12th April 1897. It began screening films regularly from 8th June 1908 as part of the variety programme.

It re-opened on 26th December 1932 as a repertory theatre with a performance of the comedy “Peg of My Heart”. In 1934 it was taken over by the Mexborough Amateur Dramatic Society, but was closed in 1935. It was taken over by new management and re-opened on 16th March 1936 as a variety theatre and was re-named New Hippodrome Theatre, but this was not successful and it was closed at the end of 1937.