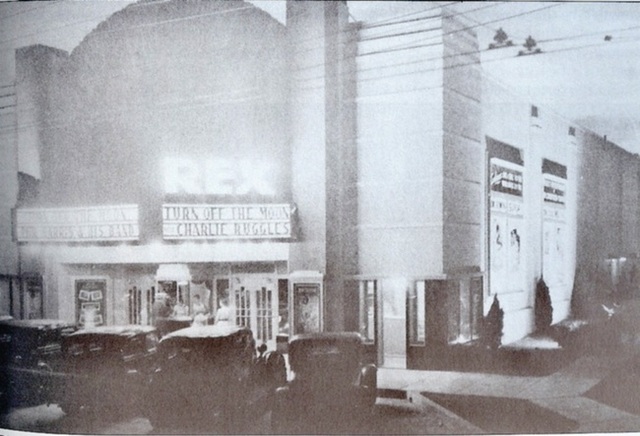 The Rex opened July 31, 1937 and operated to 1960. Sometime after that the building became Don’s Seafood restaurant.

I remember the Rex for westerns and especially a lot of Randolph Scott movies, but also recall seeing other movies there such as “The Little Hut”.

From 2010 an image of the Rex Theater building in Shreveport.

This opened on July 31st, 1937. Its grand opening ad (With picture) can be found in the photo section.

I saw very few movies at the Rex, but in 1958, I was eight, and a friend and I went to see “From the Earth to the Moon”. The theater was on the corner of Kings Highway and Highland Avenue. During the movie, I heard an ambulance with its siren on going down Kings Highway, headed for the Confederate Memorial hospital about two miles down Kings Highway. When we got home, I found out that my best friend, who lived about eight houses from mine, was accidentally shot to death as one of his older brothers struggled to get a loaded .22 rifle from their youngest brother who was about four. My friend was nine. That was the last time I saw a movie at the Rex. As has been stated above, it later became a location of Don’s Seafood, which was home-based in Lafayette, La. Patronized for many years by a much older crowd, it eventually succumbed to a lack of customers and closed. Recently, a move to make it a funeral home was attempted, but due to protest by area residents, the venture was abandoned.