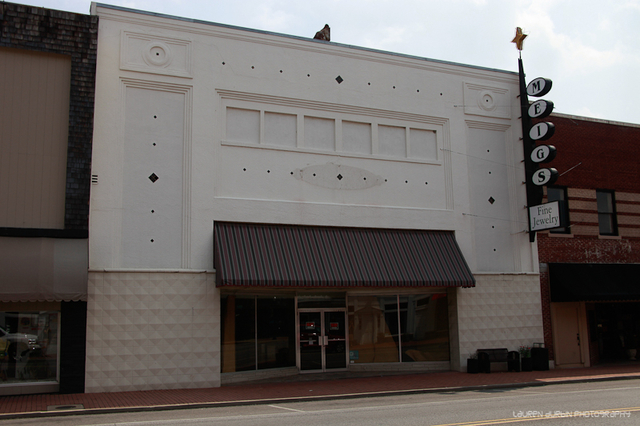 Boxoffice of June 9, 1958, said: “The Sequoyah Theatre, which was the only theatre in Tahlequah for many years, has been dismantled.” It’s not clear from the context of the item whether the Sequoyah had been dismantled recently, or some years earlier. The item is actually about Claud Thompson, operator of the Thompson Theatre, but it also mentions the Dream Theatre, operated by Allender Scott, and the Tahlequah Drive-In, operated by Bill Pierce.

The upper part of the Sequoyah Theatre building in the photos looks quite old. From the style I’d guess it dated from the 1910s, or at the latest the early 1920s.

The Sequoyah is listed in a 1926 ad for Reproduco Organs as one of their satisfied customers. Reproduco reportedly started selling organs to theatres in 1916.