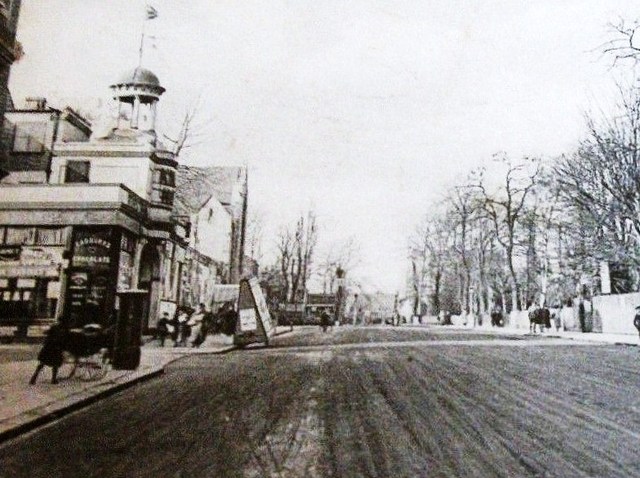 Located in the southeast London district of Penge. The Kings Hall Electric Theatre opened as a cinema by 1910, in what had been a public hall. Seating was provided for 550, which was later increased to 770.

Taken over by the Hyams Brother’s circuit in 1920, they engaged architect Cecil Masey to rebuild and enlarge the cinema. It had a two storey facade in white Portland stone, with a recessed balcony over the entrance that had square pillars supporting the upper section. It re-opened in 1920 with a seating capacity of 1,200. A small 1Manual Hill, Norman & Beard pipe organ was installed in 1925. It was taken over by Denman/Gaumont British Theatres from 17th March 1929 and re-named Kings Hall.

Renamed the Gaumont in 1955, it was an early closure, when the final programme "A Time to Love and A Time to Die" starring John Gavin and "Quantez" starring Fred MacMurray played on 27th September 1958. The building was demolished and a garage/petrol station was built on the site. Today, there are three retail units with flats above located at the site.