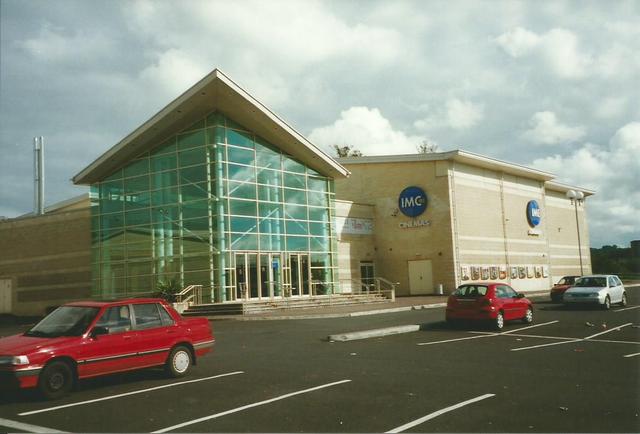 The 7-screen IMC Cinema is operated by the Ward Anderson Group of Empire Cinemas. It opened on 31st July 1998. Seating capacities in the screens range from 400, down to 100.

The State Cinema in the town, operated by the same company, was closed the day prior to the multiplex opening.

Since the split between the Ward and Anderson families (which has its origins in 1997 but was not finalised until January 2013) the Ward family have taken sole control of Irish Multiplex Cinemas (IMC), of which (at November 2013) this is their only cinema in Northern Ireland. My photographs were taken in September 2000.