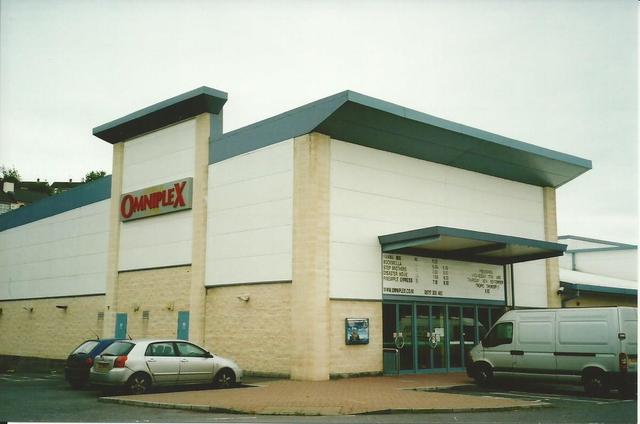 Originally built as the Lakeland Forum Entertainment Centre, its car park was hit by booby trap car bombs by the IRA on two occasions in November 1982 and May 1984 during the ‘Troubles’, both causing fatalities. The centre was later re-named Castle Park Recreation Centre.

The Castle Centre Cinema had three screens, and there was a discotheque in the centre. It suffered from bomb damage in January 1998 and was closed. In July 1998, plans were made to add three extra screens in the former discotheque space, and add a bowling alley to the centre.

It was planned to re-open on 28th January 2000, but this was delayed and it re-opened on 14th April 2000. Now with 7-screens, which includes one ‘Premier’ screen. It was then operated by the Ward Anderson chain, which operates as Omniplex Cinemas in Northern Ireland. In 2016 it was taken over by IMC Cinemas.

Sometime between 2013 and 2014 the Omniplex was acquired by IMC and renamed accordingly.