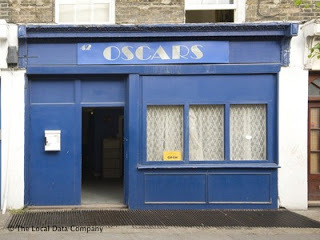 Located in the north London inner city area of King’s Cross, a short walk from the main-line railway station. Oscar’s Cinema was operating since around 2000 as a Gay male adult cinema.

It was closed in November 2013 when the operating licence was revoked.

According to the ‘Islington Tribune’ (Friday 22 November 2013), Oscars had its licence revoked the preceding Monday due to breaches of licence conditions. These were unspecified, this cinema being briefly referred to in an article primarily about an adjacent sex cinema, the Abcat, which also had its licence revoked. (See the entry for the Abcat for further details.) The management at Oscars had said they would appeal. However, in August 2014, when I took my photographs, the cinema was still closed, with all signage removed.