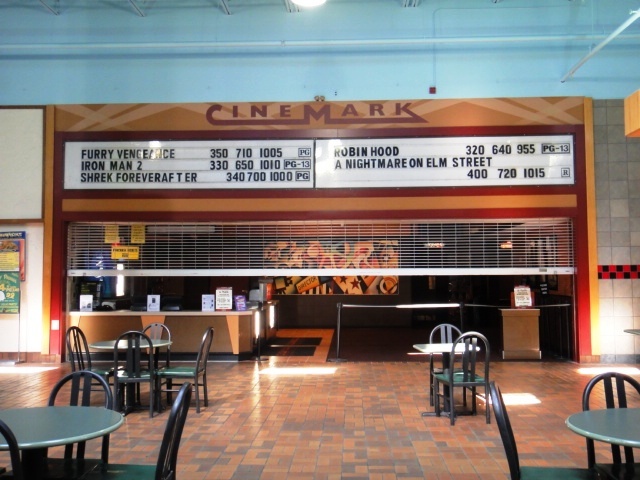 Older building inside mall food court. It was originally built as a three-screen. Later it was expanded to five screens (with the vacancy of stores). It was acquired by Cinemark in the late-1980’s or early-1990’s. Previously was an independant run theater. Slope seating and very small quarters.