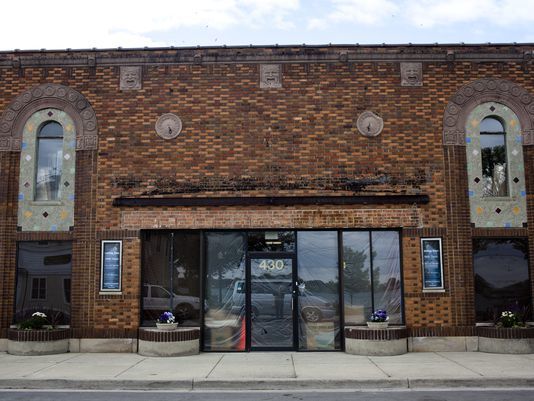 The Mariner Theater was opened in late-1927, and was still operating in the early-1970’s.

Photo on this site:
http://tinyurl.com/7cu3vl

The January 3, 1928, issue of The Film Daily said that a new, 800-seat theater had opened at Marine City, Michigan. The name of the house was not given, but it was probably the Mariner. In the Photo of the building at Water Winter Wonderland the building looks like it would have dated from the mid-late 1920s.

Part of this theater is being restored to it’s 1920’s look and will reopen this summer.