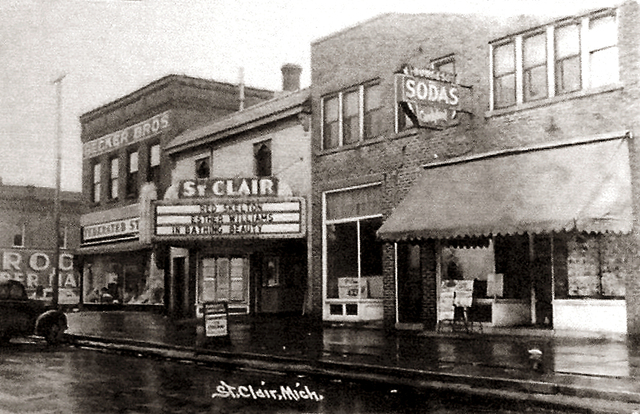 The Garden Theatre was opened in March 1920. In April 1926 under new ownership it was renamed St. Clair Theatre. It closed on February 5, 1968 and was soon demolished.

There is a photo on this site:
http://tinyurl.com/mnrk6l

An urban redevelopment plan called the St. Clair Riverview Plaza led to the demolition of much of the city’s old downtown. The St. Clair Theatre closed on February 5, 1968 with Hayley Mills. A public auction was held five days later offering everything for sale in the theatre inlcuding the popcorn machine. It was demolished soon thereafter. The town would be theatre-less until a Jerry Lewis Cinema located in the town’s plaza in 1972.