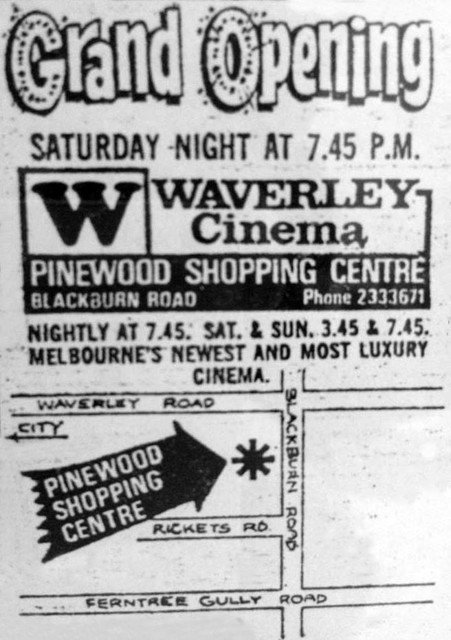 Located in the Pinewood Shopping Centre. The Waverley Pinewood Cinema opened as a 300 seat single screen cinema in October 1974. It was twinned in April 1999. Two more screens were added, opening in April 2000 and these each seat 50.