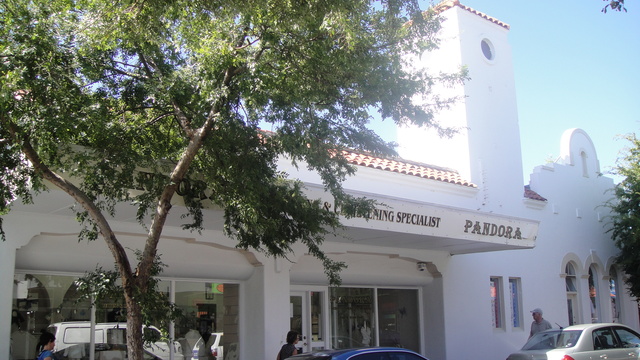 Located in Oakleigh to the southeast of Melbourne. Opened in June 1930 as the Ramona Dance Palais, this Spanish Mission style building was designed by architects Berry & San Miquel. It seems that it was not a great success as a dance hall, as it was converted into a cinema, which opened on 10th November 1930 as the Plaza Theatre, showing Warner Oland in “The Return of Dr. Fu Manchu”. and “Burning Up”. Seating was provided for 913, with 548 in the stalls and 365 in the circle.

The Plaza Theatre was independently operated throughout its life, and was closed on 11th February 1961 with Edmund Purdom in “The Student Prince” and Debbie Reynolds in “The Affairs of Dobie Gillis”. The auditorium was converted into 6 squash courts.

In recent years the auditorium has been converted into six flats named The Ramona Palais Apartments, and the foyer is in use as a bridal shop.