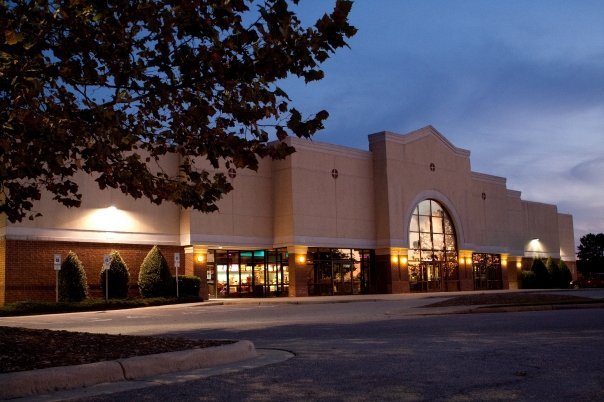 Located on the opposite side of the Garner Towne Square Shopping Center, off Highway U.S. 70 at the intersection of Timber Drive and Mechanical Boulevard. Garner’s first ever multiplex cinema opened August 15, 1997 as part of the United Artists Theatres chain (which at one time operated the Imperial Cinemas in Carey and the Mission Valley Cinemas in Raleigh). Taken over by Tennessee based Regal Cinemas, by late-2009 it was taken over by Charlotte based Carolina Cinemas who turned the Garner Towne Square 10 into a second-run discount theatre until its closing on October 1, 2010.

For more information on this see…..
http://www.carolinacinemas.com

This was formerly part of the United Artists Theatres chain.

The $2.00 discount policy has been dropped; the theater now shows first-run films. Also, this is no longer a Regal operation. It is a part of Carolina Cinemas, and its name should be changed to Garner Town Square 10. The story is here: View link

A picture of the now-closed theater is here: View link

Nice theatre, think someone could have kept it running.

I do remember seeing James Cameron’s “Titanic” first-run here playing on 2 screens on December of 1997. 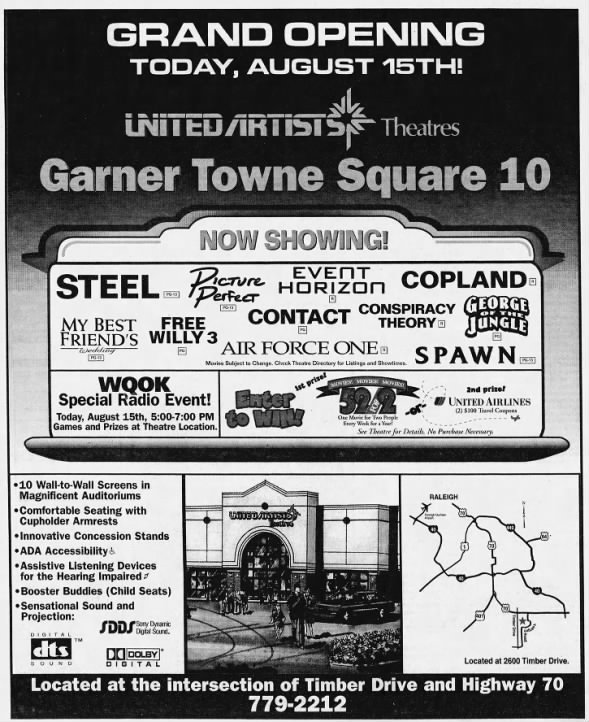