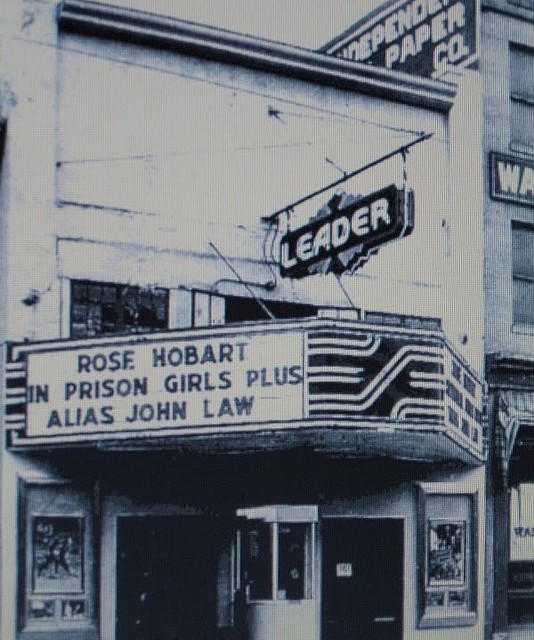 The Leader Theatrer opened on February 8, 1909 and lasted until May 1959 when it closed. It was one of four or five theatres in the neighborhood.

After closing it was used for retail but I believe it is empty at this time. There were some changes made to the front of the building and the marquee covered over but still intact.

Here is an undated photo:
http://tinyurl.com/od996v

I attended the Leader Theater regularly from 1955 until it closed in 1959. My brothers and I would go on Saturday mornings to watch the always double-feature that would generally include something like an Abbott and Costello film and a Gene Autry movie. Even by 19957 standards the Leader was cheap at 10 cents admission. There was a small popcorn machine outside near the shoeshine stand next to the theater where your could get a small bag of popcorn for five cents. But, since there was lots of competition from the Cluster, Broadway and Apex theaters just a few blocks away, I think the Leader always struggled for business.