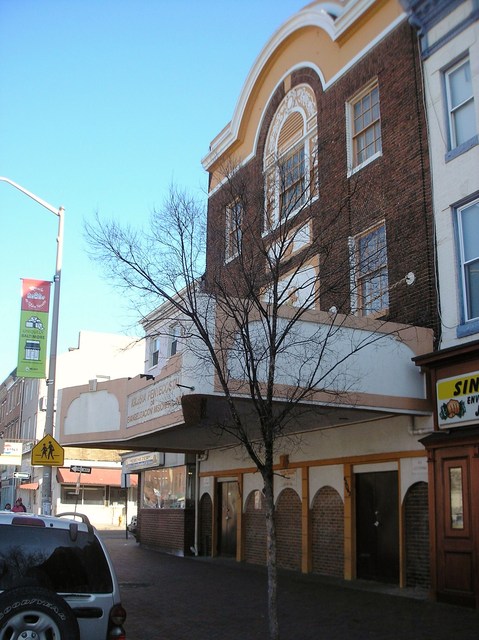 The Cluster Theatre building sat vacant for years, and started to show signs of neglect, but has since been used by a Hispanic church, and seems to be doing well. The Cluster’s ornate marquee still stands today.

The Cluster Theatre was owned by my great-grandfather, Benjamin Cluster. I would be interested in any info regarding the theatre or the Cluster family.

Thank you very much for posting the Cluster Theatre photos. I am especially happy to have the older one. Would you happen to know the date it was taken?

The Cluster ran adult movies for a brief spell in the early-mid 1980s, but was closed down due to neighborhood and church complaints.

Hi I’m an artist currently living in Baltimore and I have been working on a series of paintings of old movie theaters including the Cluster. If your interested you can take a look here: http://www.rosemaryliss.com/