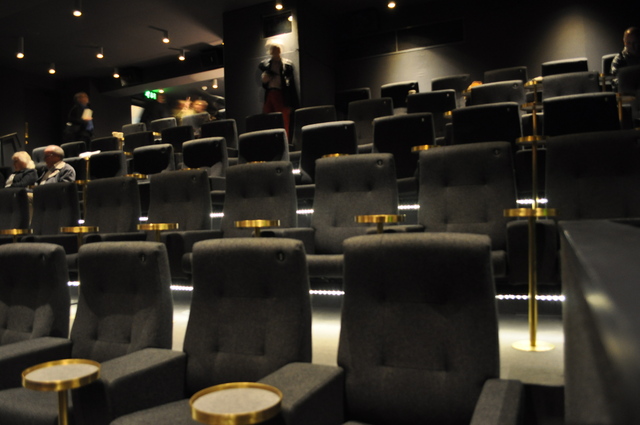 Located in the up-market southwest London district of Barnes, besides the River Thames. The Byfield Hall opened on 20th December 1906 as an entertainment centre for the local community. It gained a Cinematograph Licence in 1910, opening as a cinema around the 16th June 1910. Seating was provided for 550 in the auditorium, and there was a 150 capacity dance hall on the first floor of the building. It was sometimes advertised as the Barnes Cinema & Variety Theatre. The stage was 14 feet deep and there were four dressing rooms.

It has had several operators and name changes over the years; Picture House in 1919, Barnes Theatre in 1925 and 1926 when it was in use as a live theatre, and actors such as Sir John Gielgud, Robert Newton and Charles Laughton and Claude Rains made early stage appearances here. Empty until it was re-opened as a cinema on 6th January 1930, re-named Ranleigh Cinema. It became the Barnes Super Cinema in the mid-1930’s and on 15th November 1943 it was re-named Plaza Cinema, reopening with Betty Grable in “Coney Island”.

The Plaza Cinema was damage by a fire in 1951. It was purchased by new owners and refurbished, re-opening as the New Vandyke Cinema on 22nd September 1952. But this was short lived and the cinema was closed for good in March 1953, with the films “Four Days Leave” and “Bicycle Theives”.

The building was converted into a film studio. From 1966, it operated as the Olympic Studio, a recording studio, with the former dance hall converted into Studio 2. Many artists have recorded here, including; Rolling Stones, Queen, Eric Clapton, Jimi Hendrix, Pink Floyd, Led Zeppelin, Massive Attack, Duran Duran, Coldplay, Madonna, Mike Barnes, Robert Warren and Will Young. The Olympic Studio was closed in early-2009.

In August 2013, work began to convert the building into a two-screen luxury cinema. Seating is provided for 125 in screen 1, which is equipped with Dolby ‘Atmos’ sound system, the first cinema in London to be equipped with this system. Screen 2 has 65 seats. It reopened as a cinema after 60 years as a recording studio on 18th October 2013. Now known as the Olympic Cinema, the opening film was “Captain Phillips” starring Tom Hanks. The cinema also has a restaurant, a bar, a private members club (the former dance hall/Studio 2) and a small recording studio.

I have just added a photo (from the cinema website) of the main auditorium showing a very impressive screen for the size of the auditorium (130 seats). I wish all cinemas near me were as good as this.