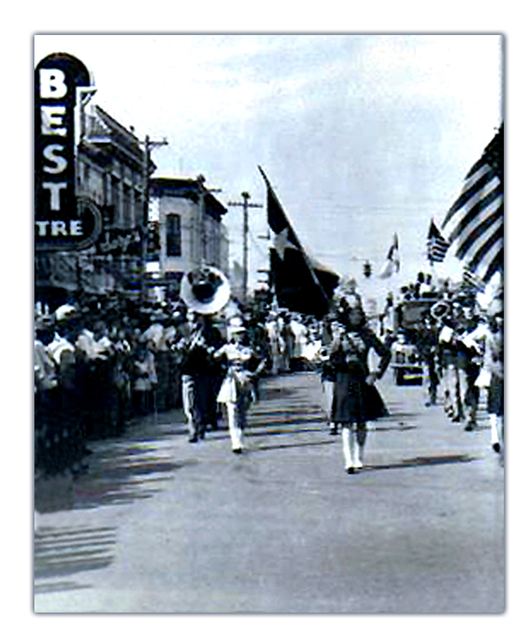 The Best Theater was opened Mach 16, 1912 by Albert Crittened in the middle of the block on the southside of the town square. Stewart Aldriedge and Charlie Watson took over in 1914 and sold
out to Robb & Rowley Circuit four years later.

The original old structure was still standing in 2003.

There is a night shot of the Best Theater here: View link

From 1948 a photo image of a band marching in front of the Best Theater in Bonham.