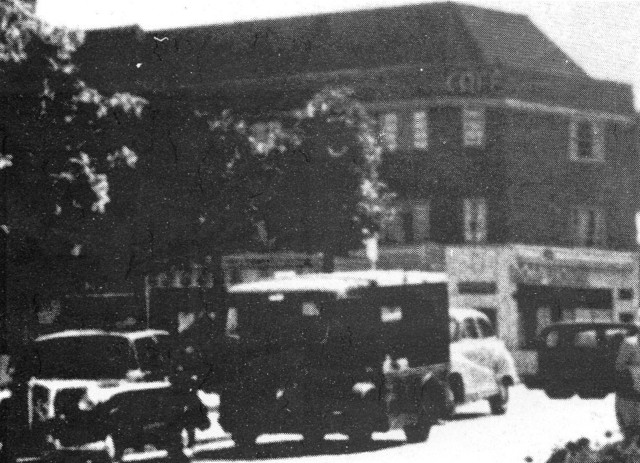 Located in the East Barnet district of Barnet, Middlesex, in the north of today’s Greater London. The Dominion Cinema was opened on 31st October 1938 with film star Gracie Fields appearing in person before a huge crowd. The Dominion Cinema was part of a chain of Dominion cinemas in the north and west London suburbs that had been formed by operators Albert Bacal & Nathan Lee. They employed architect Edgar Simmons to design the cinema (he had designed the nearby Odeon Barnet in 1935, which was almost identical in design to the Dominion). However he died before construction work began and the building was built to Simmons plans, but overseen by architect Frank Ernest Bromige, who had designed other cinemas for Bacal & Lee. The Dominion Cinema had a small cafe located in the circle lounge.

The Dominion Cinema, although an independent, played mainly the ABC circuit release, as Associated British Cinemas were not repesented in the area.

Taken over by the Newcastle upon Tyne based Essoldo chain, it was re-named Essoldo on 22nd January 1950. It became the first of London’s suburban cinemas to screen Cinemascope when "Flight of the White Heron" was screened in June 1954.

The Essoldo was closed on 21st January 1967 with Audrey Hepburn in "My Fair Lady". The final performance was a total ‘sell out’. The cinema was demolished and a Budgen’s supermarket was built on the site, still open in 2009.