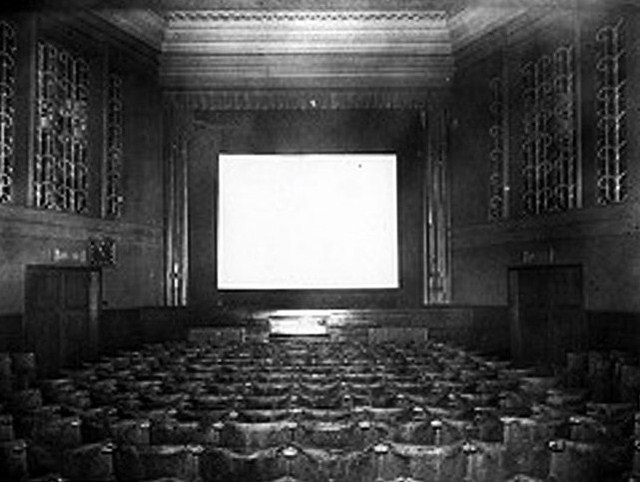 This was a remodeling on the earlier 500 seat Grand Theatre which had opened in 1911. Originally a live theatre, it began screening films from 1929, when “Showboat” became the first sound film to be shown in Oxfordshire. The Grand Theatre was closed on 13th June 1935, for reconstruction and modernisation.

The Grand Theatre re-opened as an independent cinema on 12th December 1935 with Paul Cavanagh in “Without Regret” and Bing Crosby in “Two For Tonight”. Designed in an Egyptian/Deco style by Joseph G. Gomersall of the noted architectural firm Drury & Gomersall. It was taken over by Associated British Cinemas(ABC) in August 1943, but was never renamed.

It closed on 14th December 1968 with Doris Day in “Where Were You When the Lights Went Out?” and Raquel Welch in “The Biggest Bundle of Them All”. It was converted into a bingo club, operated over the years by ABC, Star, EMI and Zetters.

By 2006, it had been converted into a Chicago Rock Cafe, with most of its internal decor intact.

this was the cinema that started my pulse racing, as a child, to see what went on in the projection box, and after leaving school, started at the classic cinema