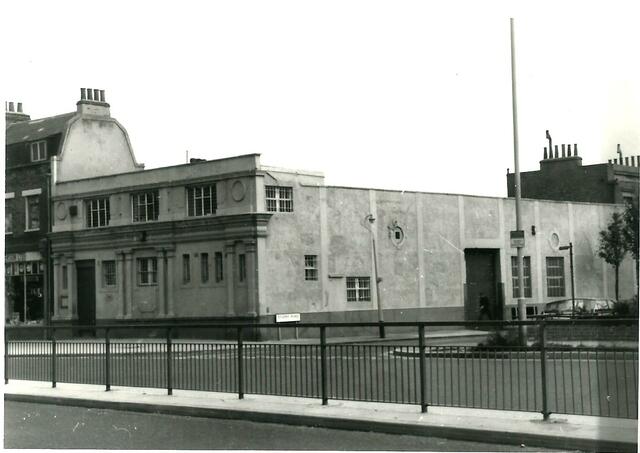 Located in the southeast London district of Bermondsey, just to the south of the River Thames. The Bermondsey Cinematograph Theatre opened in 1913, it was soon re-named the Cinema, though was commonly called ‘The Stork’ due to its close proximity to Stork’s Road. Seating was provided for just under 500 on a single floor.

In 1929 it was operated by L. Posner & H. Pearl and was booked from the Biograph Theatre, in Victoria. The Jamaica Cinema had closed by 1935.

The building became a whiskey warehouse for William Teacher & Co. In 1975, the owners of the warehouse were vacating the building and as a celebration to is history they re-opened the cinema for for 3-nights, screening films for the final time.