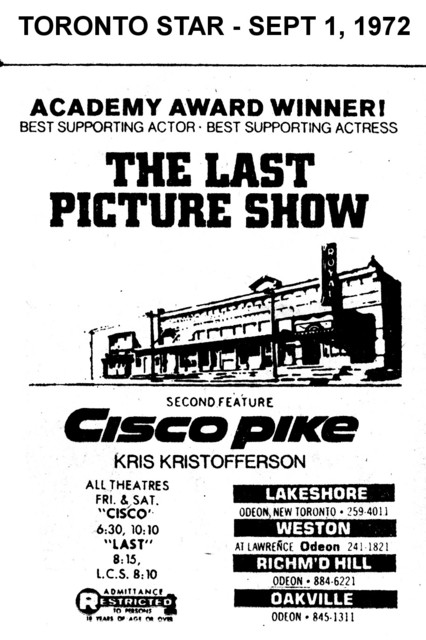 A picture of the theater from 1983:
View link

Thanks CW for all your help. The Lakeshore looks quite different now, has been real estate and lawyers offices for years. Fits in to the neighbourhood quite well.

And thank you, TE, for pointing out the errors that I and others have advertently made from time to time. I think now that the Odeon, Odeon Hyland, Odeon Danforth, and Odeon Lakeshore are now properly entered.

I lived in the area (Eleventh Street) in the late 1970’s. I had no idea there was a cinema so close! I was ten years old, so my “world” extended from the Woolworth’s on Fifth Street to the variety store at the top of my street. Very rarely would I venture farther than either destination on my own.

Before I moved away, my friend’s mother and father decided to treat us to a movie, Battlestar Galactica. I was shocked to learn it was within a reasonable walking distance! If I’d known it was so close, I’d have probably spent a lot more of my allowance there while I lived in the area.