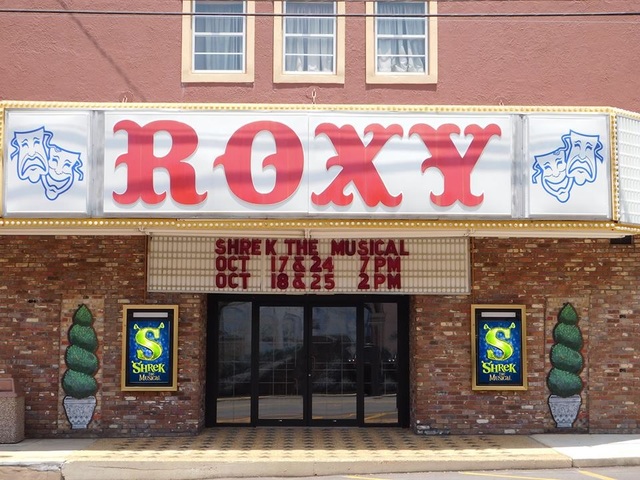 M.J. and Johnny Thrash built the Palace Theatre. The first Vitaphone movie was played on January 24, 1930 just 20 days after the theatre opened. The movie was "The Cock Eyed World".

The theatre was purchased by Max Connett in 1939 and renamed Roxy Theatre. "Gone With The Wind" was one of the first movies played under the Roxy name. By 1950 it was operated by Affiliated Theaters, a subsidiary of McLendon Theatres. The Roxy Theatre closed in 1979 and remained closed until 1994.

Mr. Connett had donated the theatre to the city of Newton in 1991. After 3 years of renovations the Roxy Theatre reopened on June 19, 1994. It is under lease to the to the Newtown Theatre Co. who operate and manage the theatre. The Newton Theatre Co. puts on the live performances and the first production to open the new facility was "Sound Of Music".