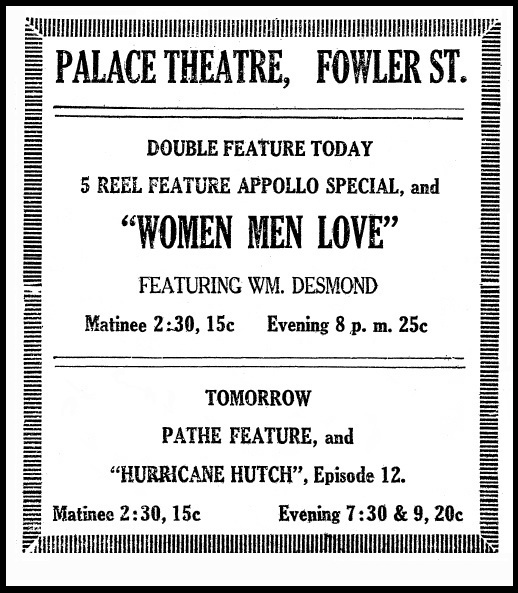 Originally opened as the Palace Theater. It was closed in 1927. It reopened as the Royal Theater in November 1932. Still listed in the 1955 Film Daily Yearbook.

The address of the Palace/Royal Theatre was 69 Fowler Street. Property Shark says that 69 Fowler Street is a two-story building of 8,712 square feet built in 1920. Google Maps has no street view, but Bing Maps has a bird’s-eye view.