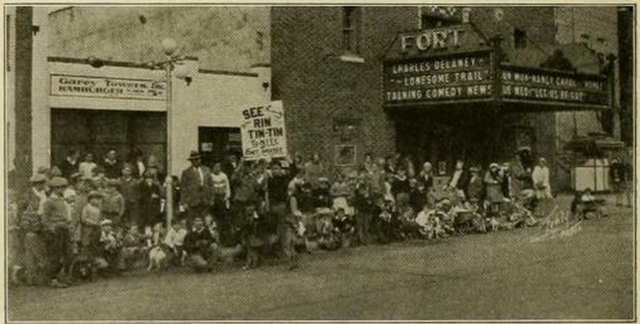 The Crystal Theatre was opened by 1914. It was renamed Fort Theatre in September 1928. This theatre operated into the 1950’s or later.

The auditorium was demolished in April 2001 and today only the facade remains, but in a much altered state.

The “facadectomy” that was done on the building left nothing recognizable to suggest that it was formerly a theater. On the lower level are public restrooms and the upper floor has storage rooms for the Chamber of Commerce.

This item from the September 1, 1928 issue of Motion Picture News reveals that the Fort Theatre had earlier been known as the Crystal Theatre:

“Walter Beier, of the Beier Film exchange, has taken over the Crystal theatre at Ft. Atkinson from Neil Thompson. Mr. Beier is closing the theatre for three weeks for extensive remodeling. The house will be opened as The Fort.”

The Crystal was the name of one of the three theaters listed at Fort Atkinson in the 1914-1915 American Motion Picture Directory. The Empire and the Lyric were the other two.