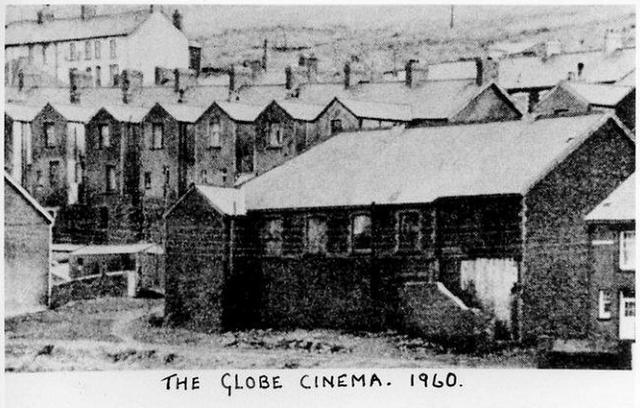 The more important of the two cinemas in Gilfach Goch in the Rhondda Valley. The Globe Cinema was operating prior to 1937 and lasted until at least 1954.

The Globe Cinema had closed by 1963, and the Workmen’s Hall Cinema on Glenavon Terrace continued as the towns only cinema until at least 1980.

The cinema was certainly open in 1924 when D.P/ Griffiths was Propreitor and Resident Manager, running it on 2 shows per night with 2 changes of programjme per week at prices of 5d, 8d and 1/–. In 1938 prices had risen to 6d to 1/– for the 480 seats. Programmes were still changed twice per week. By 1951 seating had been reduced to 400 seats priced at 4d to 1/9d. and shows were now once per day with 2 shows on Monday and Saturday. Mr Griffiths was still in charge but bookings were made in Cardiff.