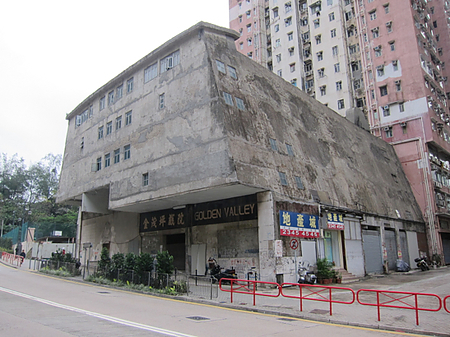 The Golden Valley Theatre was situated in Sai Mau Ping on the Kowloon side of Hong Kong.

It opened to business on 19th October 1978 with a Chinese film, and showed first run Chinese films until its closure on 1st February 1992.

Its 1,312-seat auditorium with stalls and balcony was on the first floor of the theatre building.

After its closure, the auditorium and lobby remains vacant and in derelict condition.

Golden Valley was under the management of Far East Holdings, which owned many regional cinemas in the 80s. Since mid 90s, their cinema business declined. The auditorium of Golden Valley is still vacant, apparently because it’s reported to be haunted (as some rumours say).

This is a good photo to show the scary side of Golden Valley. http://www.flickr.com/photos/lookluk/6000986067/