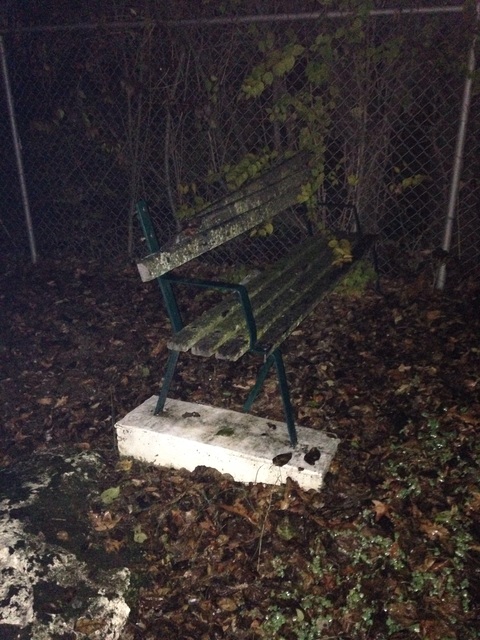 also final exam and the exterminator where shown here..

It opened May 17, 1968 with “The Sand Pebbles”. Operated by Budco Quality Theatres, it was located at Naamans Road in Claymont near Philadelphia Pike. Car capacity was 800, and the theater was the only DI in the area to be equipped with in-car air conditioning, as well as heating. Unfortunately, the AC service was soon discontinued because it was more trouble technically than it was worth! Around 1980, AM radio sound was installed by Budco. Since the theater was bordered on each side by a railroad track (only the one on the right was used), there was a great deal of interference in the sound, and the in-car speakers were re-installed! The train engineers loved to flash the screen and blast the horn as they drove by each night. In 1986, Budco sold out to AMC, who proceeded to close the DI on September 28th, 1987, with the triple feature, “Hell Raisers”, “House II:The Second Story” and “Death Before Dishonor”.

Approx. address for this drive-in was 101 Naamans Road.

wow, someone i use to go to school with worked there in its final season. Think they may have evne shown robocop that summer. Its funny when budco ran it in the early 80’s tons of b horror and teen sex comedys shown there. Thanks for the actual closing date and last 3 movies.. The screen was left up at least until 1995..

Raymondgordansears, you seem to know a lot about Budco. My grandfather was EVP of Budco. Sounds like you may have had some contact with him, I’ve never met him.

The drive-in opened on May 17th 1868 with “The Sand Pebbles” (starring Steve McQueen). The film had been released on December 20th 1966 — a year and five months earlier — so would this be considered a subsequent run theater?

The drive-in closed on September 28th 1987. Although the screen remained until at least 1995, the property has since been redeveloped.

Screen was on the Pennsylvania border. The marquee is still there.

Could you be more specific about the location of the marquee?

Historical aerial photos show what might be the marquee located where the Naaman Road Business Park marquee is located today. However, in 1991/1992 aerials it is gone and was replaced years later by the current marquee.

So, is it somewhere else?