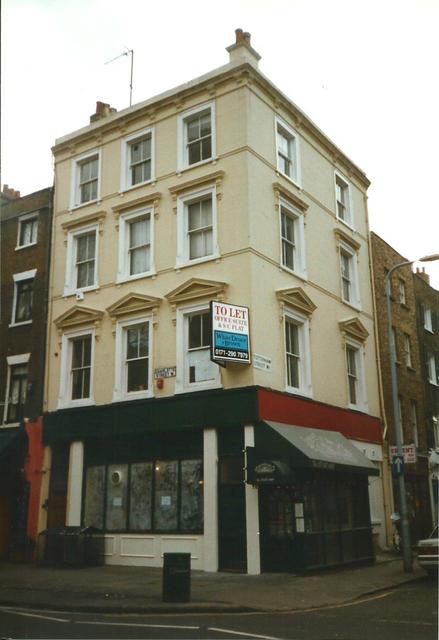 Located in Fitzrovia, on the corner of Charlotte Street and Tottenham Street, and opposite the now demolished Scala Theatre. The district is just to the north of central London’s West End and close to Goodge Street tube Station on Tottenham Court Road.

The Fitzroy Picture Palace was a shop conversion (originally at number 64A and now re-numbered). It operated from 1912 and closed in 1916.

In 2009, it is used as a take-away restaurant named Squat & Gobble.