Opened on April 22, 1988 and operated by Cineplex-Odeon, the Pacific Cinemas closed in late-August 2006. The building was demolished in April 2007, to make space for a new Holiday Inn Hotel.

Photograph of Pacific Cinemas being torn down—>
View link

I don’t know how long this link will work for.

Just awful! I hate seeing theatres being torn down. Seems it was far too new to be torn down already. What a waste! Seems to me I saw nice pictures of the Pacific cinemas somewhere with the marquee and everything. Again, what a loss.

I just spent the Christmas Holidays in Saskatoon and the former site of this theatre is still vacant. There was a Holiday Inn Highrise just to the East of this site.
At the time of this theatre construction, I was theatre Manager of the Coronet Theatre in Regina and we were expanding at the same time. The very first Manager was ernie Cross who is now retired and spending his winters in Arizona. The 2nd Manager was Ron Collition who has since relocated to Manitoba.
I too was shocked to see a “ new ” theatre have such a short life. Unfortuantely, the Coronet in Regina has also met the same fate apparently. I left the business in 1994 after being in it since 1977 but was sent pictures of the Coronets demise. 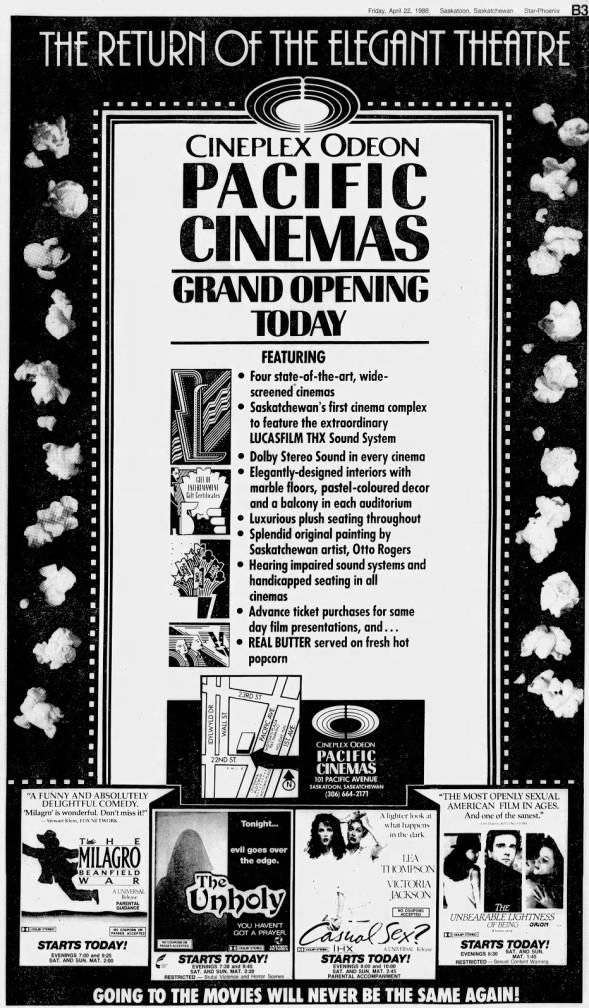 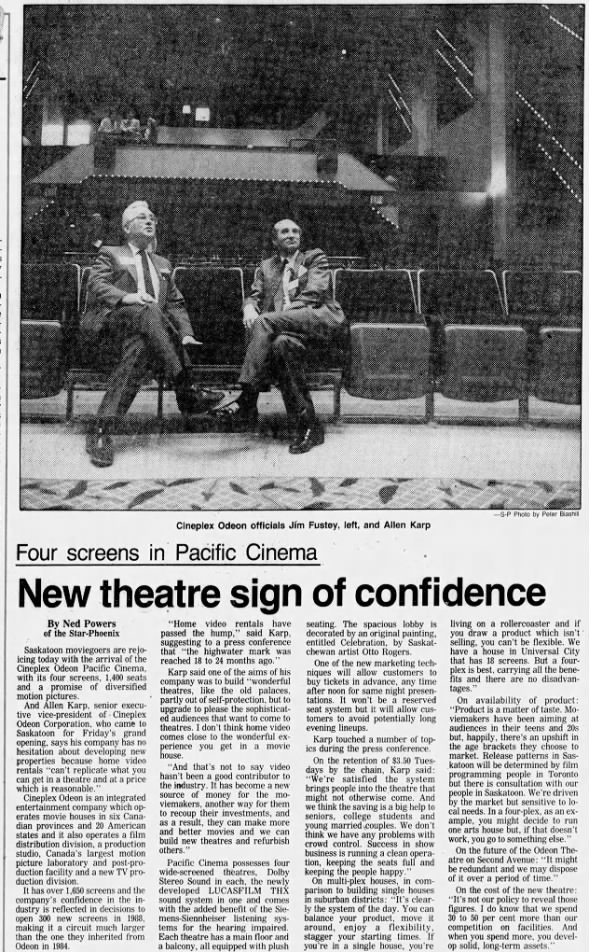